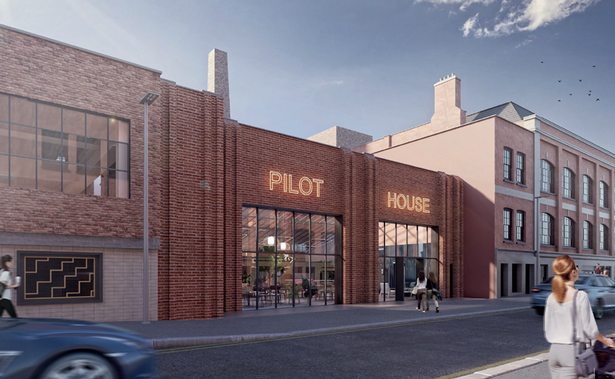 Former factory buildings at Pilot House in Leicester are to be transformed into “new start-up units for creative businesses”.

Leicester City Council has been awarded £8.5m to turn the site on King Street in the city centre into a new startup space.

The cash come from the Government’s Levelling Up Fund, announced in the Chancellor’s latest budget.

“Innovative businesses have a superpower in that they’re rarely in competition with each other. This gives a huge opportunity for founders (especially of early stage startups) to help each other out through mentoring, help and moral support. The Pilot house scheme is an amazing opportunity to nurture Leicester’s growing startup community so we’re really excited that this bid has been successful.”

Along with Pilot House being made over, Leicester train station will be remodelled thanks to a successful £17.6m bid.

And finally, three projects in and around Pioneer Park and Exploration Drive, complementing The University of Leicester’s Space Park development, will have £19.4m spent on them also.

“The award of almost £18million from the Government’s Levelling Up Fund is a tremendous endorsement of the importance of this project.

“The railway station is a beautiful building but badly in need of improvement to meet the modern needs of a city the size of Leicester. This exciting project will make a huge difference, helping to transform the area into a vibrant gateway that will make a major contribution to Leicester’s prosperity.

“I want to congratulate officers on their hard work with their successful bids to the Government’s Levelling Up programme which has helped attract over £45million of new investment into the city.”