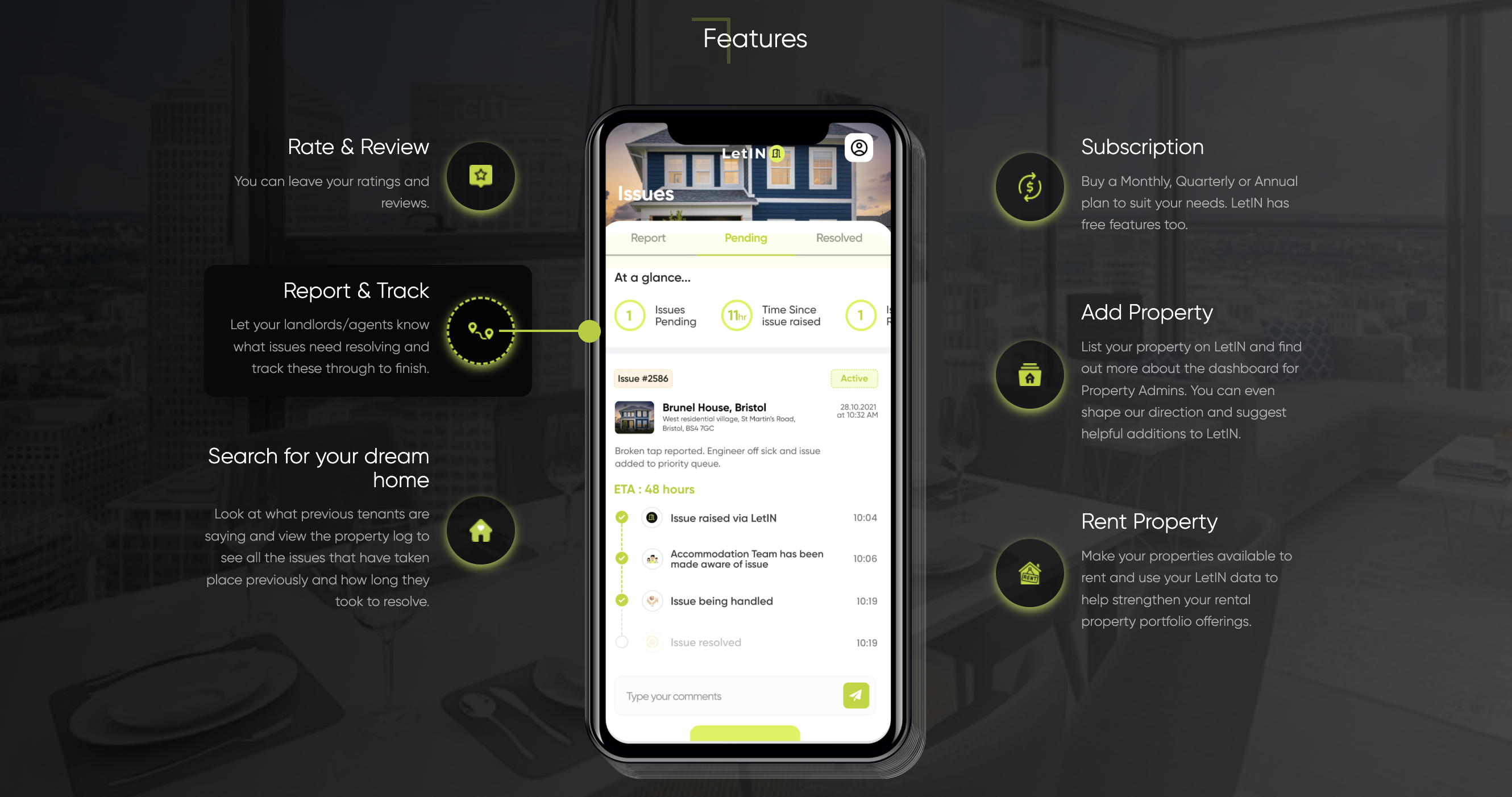 An app aiming to “encourage accountability” within the rental property market just been released by a Leicester startup.

LetIN is now available to download on both iOS and Android, and enables renters to report problems and track it through to resolution, as well as leave ratings for landlords and agents.

It is the brainchild of Alicia Porter, who started the company after a problem renting a property herself, which she describes as a “stressful” and “nasty” experience.

“It caused a lot of ongoing issues and we weren’t supported at all from the agent either which was tough and left a bitter taste.”

“It turns out there are many stories like this, some more severe but mostly just a lack of somewhere that encourages accountability and an open, honest forum.”

The entrepreneur says she aims to provide a platform where not only tenants can be heard and respected but also where issue resolution is placed at the forefront.