Event report: How to Thrive as a Creative Business (1 July 2015) 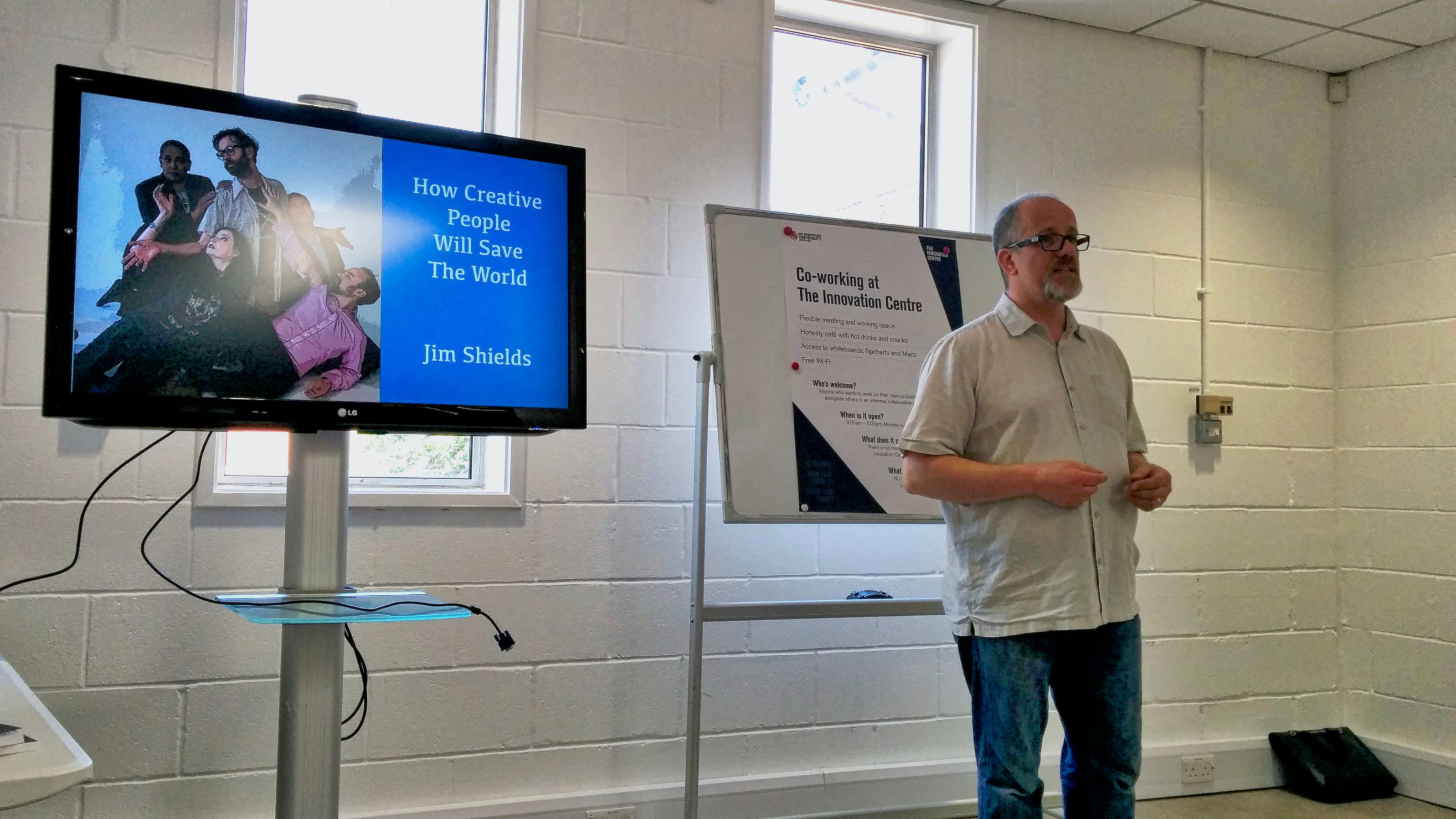 The title Three Guys Walk Into A Bar may sound like the set-up for a joke but it’s the highly appropriate name for Jim Shields’ new book that began life as a talk given at conferences and other business events.

Jim is the Creative Director of Leicester’s Twist & Shout Communications, which specialises in making entertaining, story-led videos for companies to use in marketing and training. The book is the distillation of years of experience in dealing with corporations, and on 1 July he came to Open Coffee at DMU’s Innovation Centre to deliver a specially tailored version of his presentation.

Jim uses humour in his day job and at events like this because it’s a fast and memorable form of communication. He particularly dislikes the corporate jargon that is rife in the worlds of technology and business in general (his example from a large European bank was a classic piece of management gobbledegook). 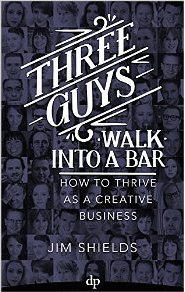 “My crusade is to bring intimacy back to companies’ communications with their customers,” said Jim, explaining that jargon-filled language creates a kind of exclusive club that fails to reach other groups of people. For deep tech, he said that every meaningless word obscures what problem the thing is actually solving, so it’s best to describe the benefits of your solution rather than spout technobabble.

“I’ve tried to write a practical book,” said Jim, whose overall philosophy is aimed at showing you how to get more value from the jobs that you do. The central part of this is to cultivate your uniqueness, either through innovation or by crossing over between two different worlds and combining skills effectively in a way that no-one else does.

Here is where the three guys of the book title come in – and Jim pointed out carefully that he means guys in the modern non-gender-specific way (as in “hey guys”), which also distinguishes it from Three Men and a Baby, in case anyone was confused.

The ‘three guys’ refer to people at different stages of a career and how it’s possible to progress from simply being ‘a guy’ (a hired hand indistinguishable from anyone else) to ‘that guy’ (someone worth recommending) to ‘the guy’ (the only one to consider for a task requiring a true expert).

Recommendations included getting a mentor and finding your ‘secret sauce’ that makes you unique and sellable. Jim added that if you have been asked the same question 20 times, put the answer in a blog, create a platform for you to educate your clients (and others) and if all goes to plan you can become a leading light in your particular field.

Jim also revealed helpful advice on when to consider working for free or next-to-nothing. Another problem area that Jim addressed was when to ‘fire’ a client – or at least take a fresh look at what work you are doing for them and how it can better suit their needs.

This Open Coffee was one of those outstanding events that managed to be both illuminating and entertaining in equal measure throughout the hour-long session. It was also reassuring to see the message getting through to the crowd at this well attended meet-up. Thankfully for Jim, many more than three ‘guys’ turned up at DMU on the day.