“Not bad for a lad from Leicester!” Evington man named one of the best investors in the US

A Leicester man now living in San Francisco has been named one of the best early-stage investors in the US.

“McLoughlin has a knack for investing in companies that may seem unsexy but create lasting value for their customers.”

Upon being named in the top 100 list, Andy said:

“There are countless thousands of great early-stage VCs and angel investors in the US so am honored to be named number 42 in the Seed 100: The Best Early Stage Investors by Business Insider and Tribe Capital. Not bad for a lad from Leicester! 🇬🇧🇺🇸☺️

You can read Andy’s most recent blog about three things he’s learned from being an investor for six years.

You can also try to read the whole of the top 100 list (it’s behind a paywall!) here. 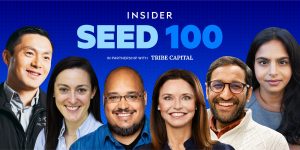