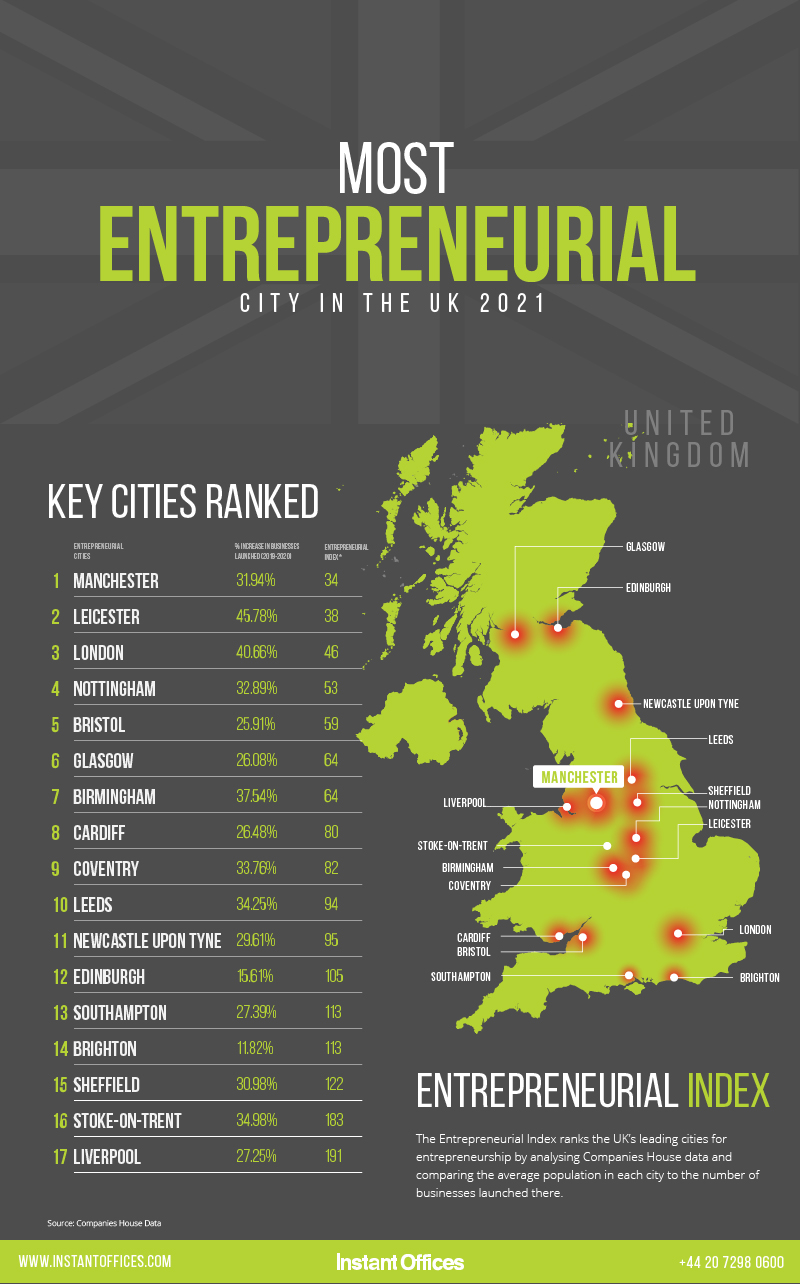 Leicester has been named the second most entrepreneurial city in the UK in a new report.

Instant Offices, which claims to be the world’s largest office advisory service, analysed the population to startup ratio across Britain’s biggest cities to find out which areas saw the highest concentration of entrepreneurs in the last 12 months.

It found that Leicester saw a 46% increased in new business registrations between 2019 and 2020 and an entrepreneurial index of 38. This means that one company was registered  every 38 people living in the city.

This was only beaten by Manchester, with an index of 34.

“After the surge in new businesses last year, entrepreneurship is still on the rise in the UK, with 48,350 companies registered since the start of 2021. The majority are in London, Manchester, Birmingham, Glasgow, Liverpool and Leicester.

According to research, one in five UK adults plan to launch a business before 2021 is over.”