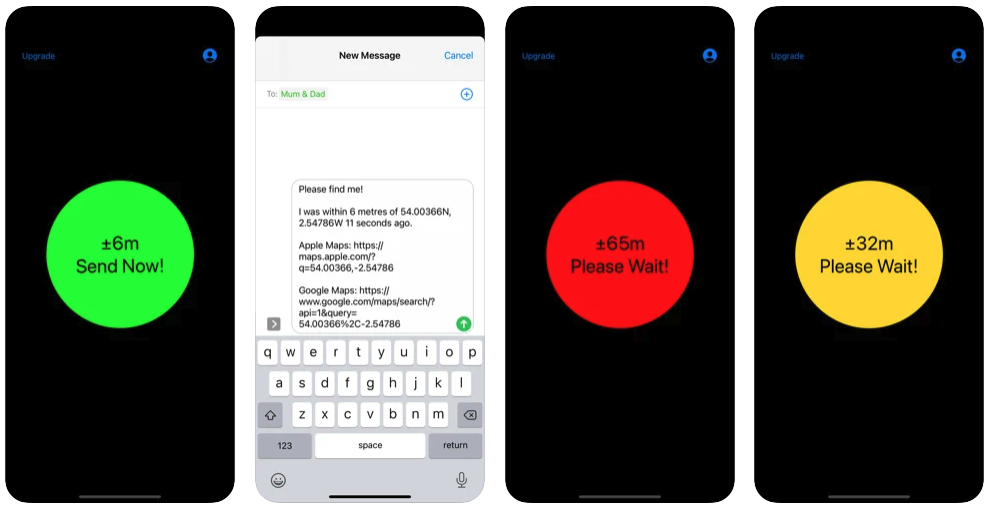 ‘Simply Find Me’ was developed and released by Prelucent, a startup currently on the Leicester Startups Accelerator.

It’s an iOS app which enables users to share their location with as little as two screen taps.

The idea for it came when founder Jonathan Hartland’s elderly parents wanted to go for a walk in their village. When Jonathan tried to explain how to share their location from an iPhone, they came unstuck.

“Try sharing location from an iPhone to Android and it can really go pear shaped, unless you have a third party app, and none of those seemed focussed on extreme ease of use. I thought it would be great if you could share location with the minimum of screen taps… hence the app, and a few people thought it would be of use to others so we refined it and launched it”, Jonathan said.

The app works using GPS and SMS texts, not any tracking data. The user opens the app, waits until GPS location accuracy is strong and then sends a message to one of their contacts. The recipient of the text receives detailed coordinates with a link to Apple Maps and Google Maps.

Prelucent says its ideal for friends and relatives less confident with smartphones and puts you in control of your data.

You can download the app from the App Store here.